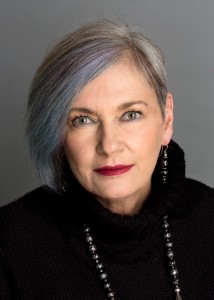 If you have been here before you are probably used to reading news and articles about my book, A Good Death, a social history of the right to die movement in Canada and around the world.

I’m still writing about medically assisted death, but I am also interested in aging.  We begin aging at conception, perhaps sooner, and most of us want to extend that process through long, healthy and productive lives. How do we do that?  What do we mean by old in an era when three score years and ten has lost its resonance as longevity soars and centenarians are the fastest growing demographic in Canada?

I don’t write many obituaries these days, but I made an exception for Allan MacDougall, co-founder of Raincoast and the Canadian publisher of Harry Potter.

Here’s a link to some recent articles on aging:

I tumbled on a sidewalk in Toronto and broke my shoulder–three weeks before my daughter’s wedding.  My confidence took as much of a hit as my body, so I resolved I was done with falling.  Here’s what I learned.

After celebrating a significant birthday this year, I wrote about the future of aging for The Walrus magazine

On a trip to the Galapagos, I confronted ageism as I communed with giant tortoises

CBC’s Sunday Morning interviewed me about my Walrus article

Of course, I still write about death and dying. Here’s a piece I wrote for U of T Medicine explaining why many doctors will not want to provide MAiD for patients with advanced dementia, even if the law allows it.

I’d like to tell you some good news about A Good Death.  There are more details on other pages, but here are some highlights.

The paperback of A Good Death arrived in bookstores in early May, 2017. I have updated the first chapter and added a new one, “So Close and Yet So Far.”   I write about the government’s Medical Assistance in Dying law, why it fails to comply with the Supreme Court decision in Carter, and what needs to be changed in the best interests of patients.  We still have a long way to go in ensuring our final human right:  choice in the way we die. 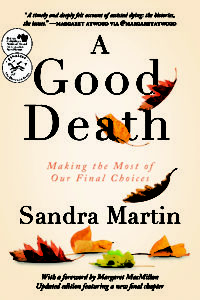 Philosopher Wayne Sumner and I talked about some of the ongoing problems with Medically Assisted Death in the Literary Review of Canada.

Three years after The Supreme Court Decision that legalized Medically Assisted Death, a retrospective look at what we have accomplished and how much we still have to do.

CPAC interviewed me for a Right to Die documentary as part of its Pillars of Democracy series.

Should terminally ill prisoners be entitled to ask for an assisted death?

Did Adam Maier-Clayton need to kill himself?

I reviewed Paul Kalinithi’s book, When Breath Becomes Air, in which he  learned to live with his devastating diagnosis of end stage lung cancer.  https://www.theglobeandmail.com/arts/books-and-media/book-reviews/review-paul-kalanithis-when-breath-becomes-air-is-an-exquisitely-moving-exploration-of-mortality/article28212547/

Here’s a brief introduction to the hardcover of A Good Death.

We can’t avoid death, but the prospect is a lot less terrifying since the Supreme Court of Canada legalized physician-assisted death. Competent adults, suffering grievously from intolerable medical conditions, will have the right to ask for a doctor’s help in ending their lives. That much is clear.

The challenge now is to pass legislation that reflects this landmark decision and develop regulations that reconcile the Charter rights of both doctors and patients. If we get the balance right between compassion for the suffering and protection of the vulnerable, between individual choice and social responsibility, we can set an example for the world.

A Good Death is timely, engaging and inspiring. In taking on our ultimate human right, award-winning journalist Sandra Martin charts the history of the right to die movement here and abroad through the personal stories of brave campaigners like Sue Rodriguez, Brittany Maynard and Gloria Taylor. Martin weighs the evidence from permissive jurisdictions such as the Netherlands, Oregon, California, Switzerland and Quebec and portrays her own intellectual and emotional journey through the tangled legal, medical, religious and political documentation concerning terminal sedation, slippery slopes, and the sanctity of life.

Modern death has become a wrenching political dilemma, one that becomes more pressing as the population ages. A Good Death confronts our fears about dying, our struggle for meaning, and our dread of being trapped by voracious medical technology in a nightmare world that has abandoned caring in pursuit of curing, no matter the cost or the suffering to patients and their families.

A Good Death asks the tough question none of us can avoid: How do we want to die? The answer will change your life—and your death.

This site uses Akismet to reduce spam. Learn how your comment data is processed.